In Suriname fabrics have always been an important medium of exposing the identity of the population. What, at first sight, may appear to be a typical Dutch fabric is not always the case. From the 12th century on, fabric creators have inspired each other in India, via Java, Holland, West-Africa and China.In view of the 40th anniversary of Suriname, Renée Koldewijn (Amsterdam) invited artist Isan Corinde (Paramaribo) to exchange their experiences on life and art in Holland and Suriname. Koldewijn researched the concept of ‘independence’, which resulted in the installation Not Mama’s Umbrella. Thirteen umbrella’s moving slowly by a breeze of a table fan, a wood of different cultures dancing with each other.

‘By means of an umbrella the artists symbolise independency: a roof for yourself. With fabric identity can be expressed. The installation makes connections between trade and fashion, people and continents.’ 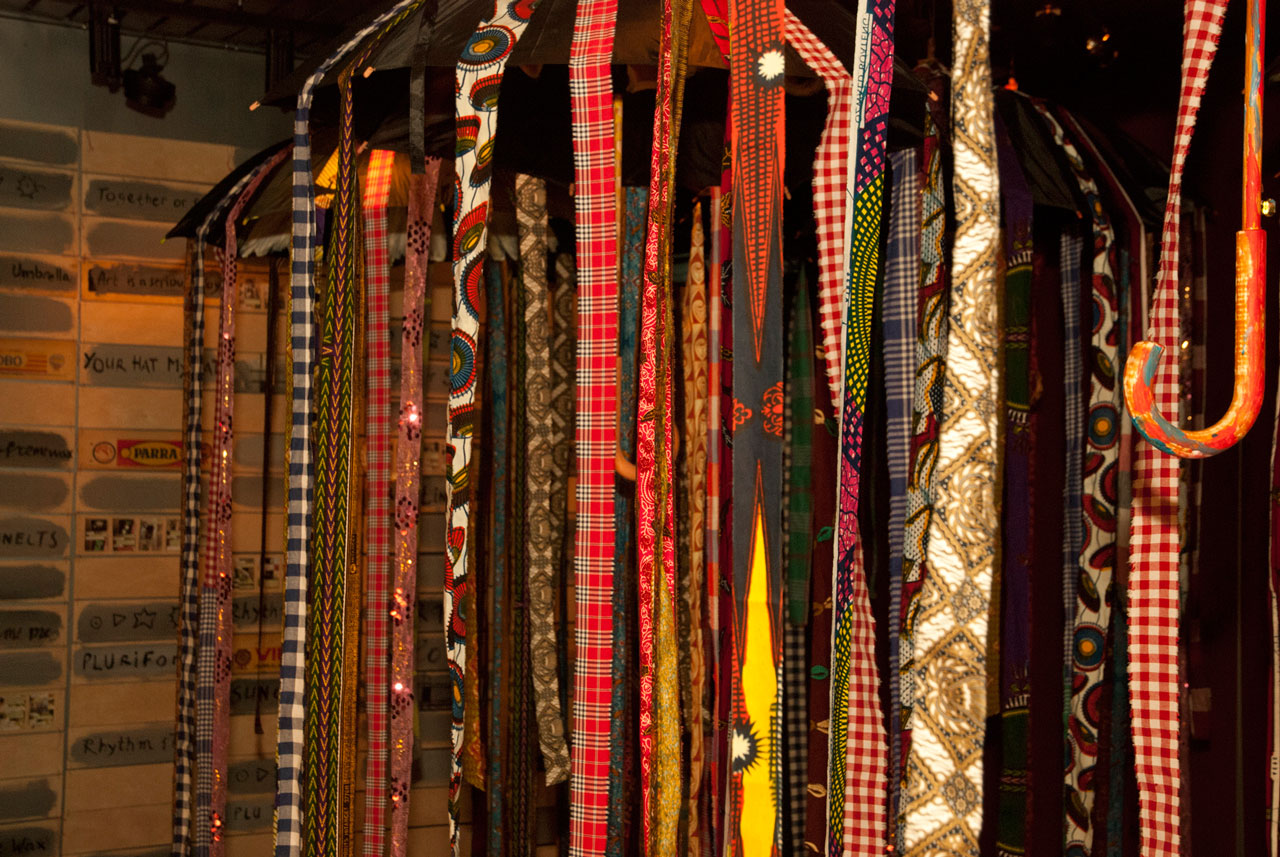 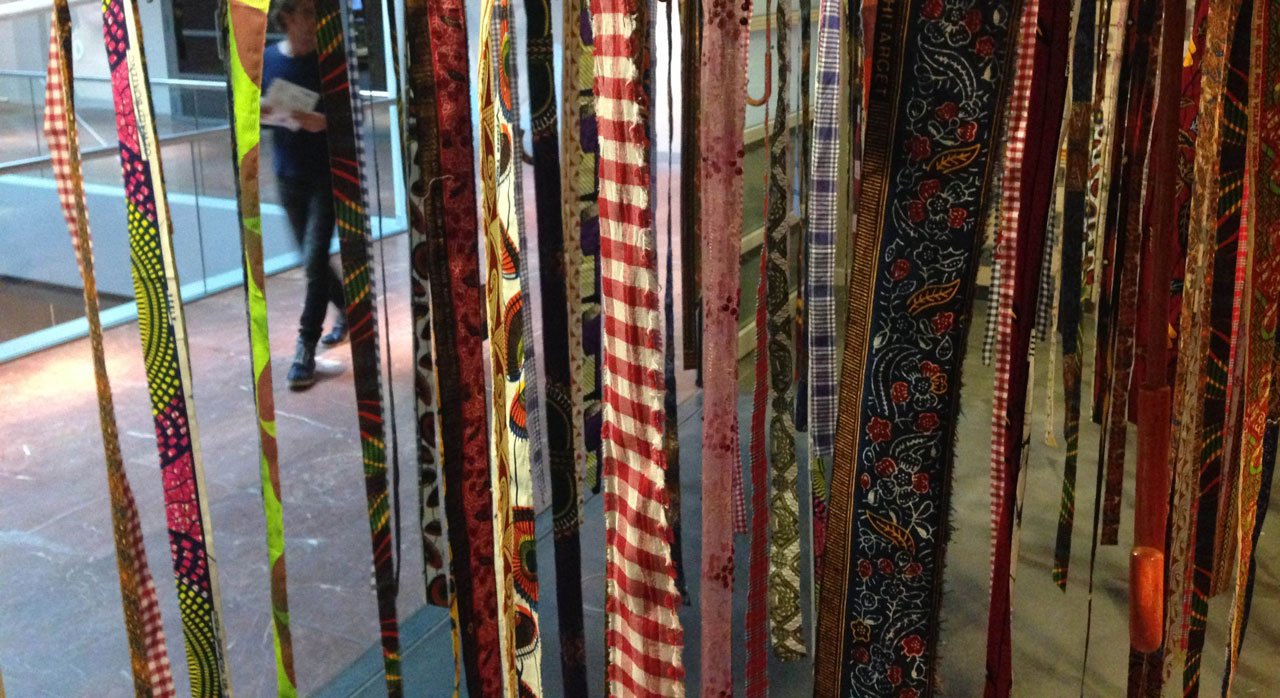