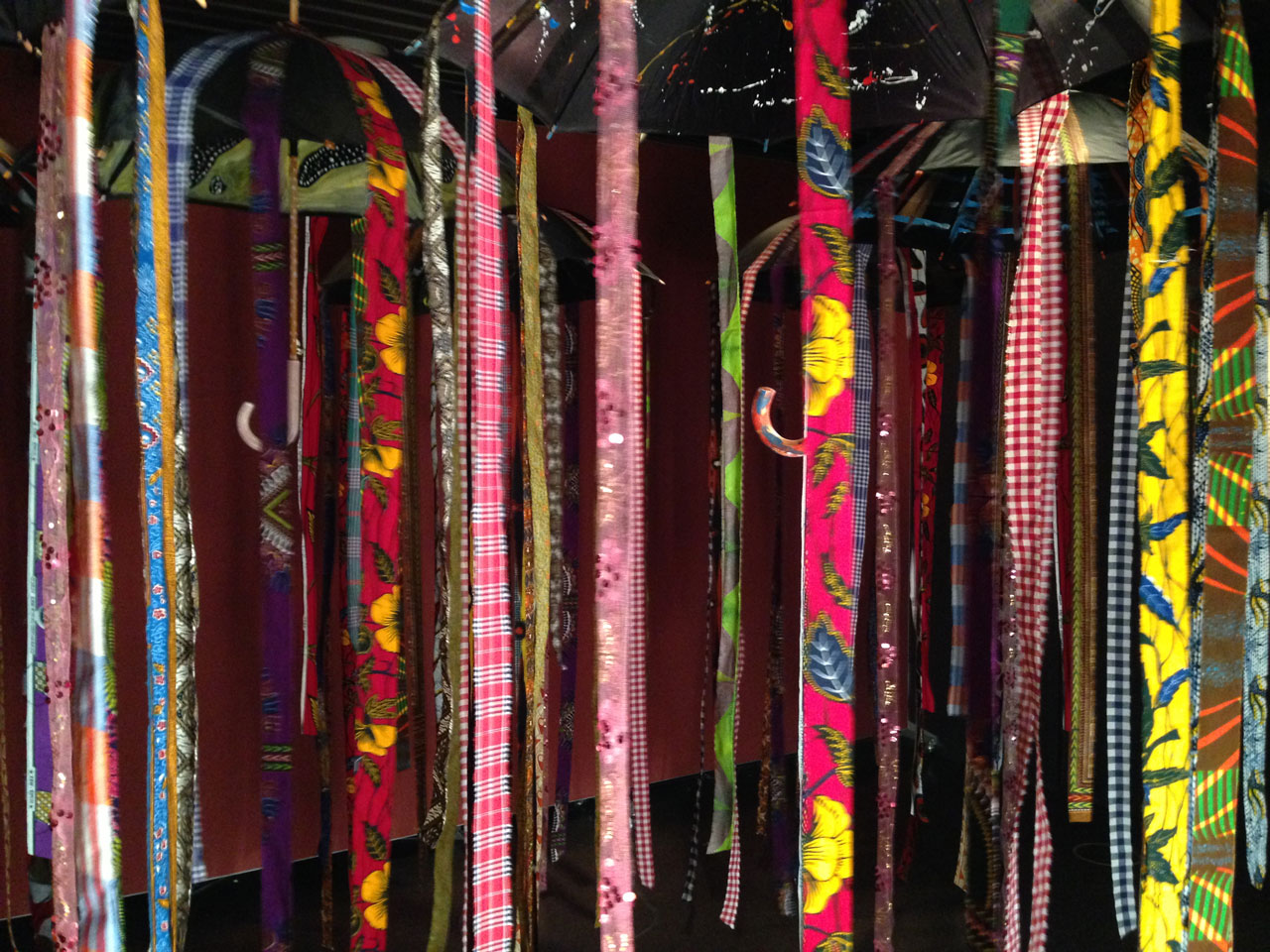 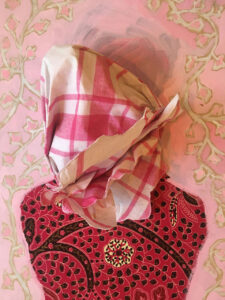 Renée Koldewijn’s work is about how people of different cultures interact. A recurring theme is communication and identity in transition. Cross cultural and cross time. In her artwork she refers to the way West-African people in former European colonies kept their own culture alive. In Suriname, the Antilles and Brasil, West-African people developed secret, non verbal languages during slavery. Women in Suriname for example, were able to express their feelings by folding their scarf into messages for each other. Men in Brasil in created dances like capoeira in order to free themselves.

In her portraits and installations Koldewijn processes fabrics, paint, photography, performance and film, creating her own imagenary language to tell her stories. She exchanges periods of working solo with periods of co-creation with artists from another cultural background.